EDIT: ADDED Oct. 16 2018: As Karim Zahidi notes in the first comment below, I made an elementary logical error in thinking that (1) is evidence for (2). So I have crossed out the original mistake below. But I still think the argument after that step may work: so now the argument just starts from (2) as a supposedly plausible claim, instead of trying to justify (2) via (1).

This might sound initially like a too-clever undergrad ‘gotcha’ paradox. However, I think that at least for some folks who have perfectionist tendencies, the following is experienced as a genuine difficulty in their lives.

The following strikes me as plausible:

(For all I know this is already out there somewhere, but it was not on the interesting list of paradoxes of deontic logic in the Stanford Encyclopedia.) 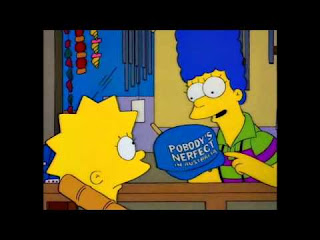